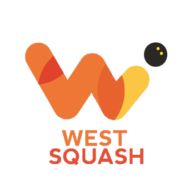 The leagues use the following scoring systems:-

To view the leagues, go to SportyHQ, where you will be able to view both the open and women’s divisions, fixtures and results.

Want to enter a Team into the League?

Any club wishing to enter a team into the leagues are more than welcome!!! New teams coming in must start in the bottom league and work their way up. If interested in entering a team, please contact the League Secretary!

Each team in the West League costs £50 per team per season.

All club captains should please read the following.